Mortal Engines Wiki
Register
Don't have an account?
Sign In
Advertisement
in: Characters from the Mortal Engines Quartet, Historians, Writers,
and 3 more

Hugo Weaving
Thaddeus Valentine was a historian in London and an important character in Mortal Engines.

On an expedition to the Dead Continent, Valentine and Pandora Rae found the plans of a weapon made by the Ancients, called MEDUSA. They became lovers, and Hester Shaw was born as a result. Several years later, Pandora returned to the base where they had found the plans for the weapon. After further exploration, she found the computer brain of MEDUSA and took it back with her. The brain was useless, though, without the plans and codes from the last trip, now held by Valentine. Pandora, wanting to sell both the plans and the computer to the Anti-Traction League, called Valentine to her home, so they could sell the items together and split the profits.

By this time, Valentine had fathered Katherine Valentine and became an agent for London. Knowing that if his city got the plans it would be unstoppable, he killed Pandora and her husband. Realising Hester had seen him, he slashed wildly at her, ruining her face but leaving her alive. Later, he took the plans and the artefact to London and helped the Lord Mayor, Magnus Crome, to recreate the weapon inside St Paul's Cathedral. As a result, he was elevated to the position of Head Historian.

As Head Historian, Valentine became a popular public figure. After London's capture of Salthook, he was attacked by a veiled, knife-wielding girl. Tom Natsworthy saved his life, but Valentine pushed him off London to prevent him from speaking about the assassin, who he knew to be Hester. Unknown to Valentine, Hester and Tom had both survived the fall.

Later at Batmunkh Gompa, Valentine destroyed the Anti-Traction League's airfleet and was challenged by Anna Fang. They fought furiously in the snow until Anna disarmed him. However, just as she was about to finish him, Valentine's airship the 13th Floor Elevator, distracted her so that Valentine could grab her sword and plunge it through Anna's neck.

Upon his return to London, Valentine was confronted by Katherine, who had learnt of his murder of the Shaws. He admitted his suspicions that Hester was his daughter. He also refused to condemn the use of MEDUSA, prompting her to disown him.

Later, Hester was captured and brought before Valentine. Terrified of this reminder from his past he attempted to stab Hester, but Katherine jumped between the sword and Hester. As she lay dying in his arms, he, along with most of London, were vaporised as MEDUSA overloaded entered a meltdown state.

In the film, Valentine is portrayed by Hugo Weaving, and while his role stays relatively the same, there are a few big differences. As opposed to being Chrome's underling, he is promoted to the main antagonist of the film and as such, is more villainous then his book counterpart. He also is aware of the relationship between him and Hester, and kills Magnus Chrome upon revealing his ambitions to him. Valentine's death also differs in the film; rather than being killed in London's destruction, his airship crashes after being shot down by Tom piloting the Jenny Haniver. Although Valentine survives the impact, he is trapped within the wreck, and is unable to escape before being crushed to death beneath London's treads.

Valentine is described as being tall and handsome with black hair and grey "mariner's eyes". Like other senior members of the Guild of Historians, he has a blue eye tattooed between his eyebrows, although the film version lacks this feature. 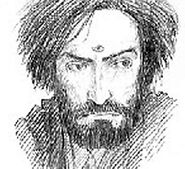 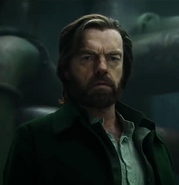